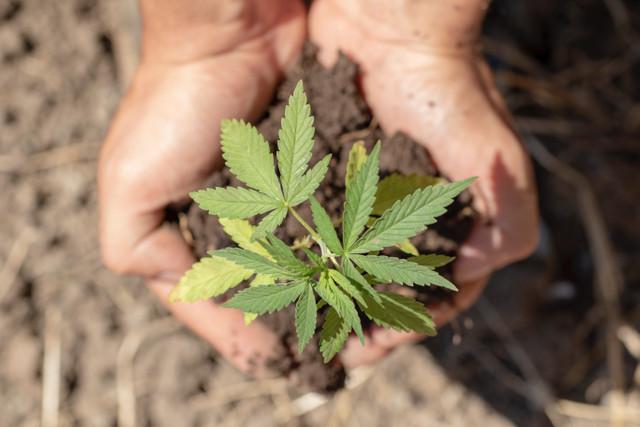 What is the early human history of whole-plant hemp oil and why did it get banned?

The whole plant hemp oil available for purchase in our store has a long and storied history. With the recent rise in CBD products, it would seem that this plant is relatively new. However, on the contrary, the CBD molecule is ancient. Today, the world of whole-plant hemp oil is fast-paced. Laws change quickly compared to past history, and the industry grows every day.

But, for many decades of American history, this was not the case. A number of factors led to hemp’s unfair criminalization by the federal government. A cloud of misinformation and racism-based stigma halted hemp production across the United States for decades, despite its popularity in other parts of the world. Hemp products USA Hemp grows only exist due to changes in the last decade. Even today, some states resist the hemp industry, despite its evident benefits. This shows the obvious need for more robust education on the history of hemp.

Today, CBD is everywhere on store shelves. It is in beauty products, sodas, building materials, medicines, and more. Why did hemp ever face opposition in the first place?

The cannabis world is filled with different terms and phrases. The distinction between these terms is important, especially when it comes to legal regulations. The words cannabis, marijuana, hemp, cannabinoid, THC, CBD, and full-spectrum, to name a few, often confuse people new to this world. The lack of widespread education on cannabis is the leading cause behind most continued stigmas. What do these terms all mean, and what are the important distinctions between them?

The early human history of CBD stretches back farther than you might think. According to historians at MIT, some hemp fibers found in Mesopotamia date back to at least 8,000 BC. While this is the earliest known example of hemp use, historians surmise it’s cultivation began even earlier. In fact, hemp was most likely the very first textile cultivated and created. China has over 6,000 years of reliable recorded hemp history, and many other ancient civilizations also cultivated hemp. According to MIT, hemp claimed the title for the most widespread and significant global crop until the last century. But what happened?

What is Hemp Used For?

In addition to whole plant hemp oil, hemp presents thousands of uses. Historically, hemp fields were practically necessary for a community’s survival. There are too many uses for hemp to name here, but major practical applications include:

Some of these uses, such as biofuel and bioplastics, only exist in our modern use of cannabis. Extracting whole plant hemp oil from hemp plants is also a new phenomenon. However, hemp’s textile and ingested use stretches back millennia. If the plant was so useful, why did the United States government ever outlaw it?

When and Why Whole Plant Hemp Oil Became Illegal

Hemp’s widespread use and popularity in American history could have been its downfall. Despite its versatility and commonness, most Americans in the early twentieth century did not know the difference between hemp and marijuana. According to cannabis historian Nick Johnson, cannabis appeared in patented medicine as early as 1851. Scientific knowledge had not progressed enough at this point to provide an educational foundation for cannabis, either.

The Three Historic Downfalls For Hemp

In addition to a lack of foundational knowledge on cannabis, racism and private industry lobbying also had a hand in outlawing whole-plant hemp oil. The versatility of the hemp plant meant that it presented opposition to many industrial sectors developing in the early twentieth century. Hemp can feed livestock, feed humans, build homes, power machinery, conduct electricity, make medicine, and grow paper and textiles. If this fast-growing plant can do all that, what do we need oil and gas conglomerates, steel moguls, or cotton barons for?

In the late 1800s and early 1900s, hemp became the biological competition for industries that stood poised to make billions of dollars in profit. Active government lobbying and propaganda meant to demonize the cannabis plant swept the nation. One such film, Reefer Madness, is still commonly referenced today.

Racism also played a part in the outlawing of cannabis. Anti-cannabis advocates used anti-Hispanic sentiments to culturally ingrain the racist connection between marijuana, non-white populations, and immoral behavior. Taken as a whole, conservative legislators in the early twentieth century saw hemp as an economic and moral threat to modern and progressive American society.

The Marihuana Tax Act of 1937  made the sale and possession of hemp and marijuana very difficult. This one piece of unfortunate legislation quickly led to the widespread and complete criminalization of cannabis throughout the United States. This act came just one year after the widely-popular movie Reefer Madness demonized cannabis on the silver screen.

See the next blog in our History of CBD series for the story of cannabis research in the nineteenth and twentieth centuries. How did we learn what we know today about cannabis, and how has that knowledge influenced modern legislation? In the face of new scientific and anecdotal evidence, why do some states still resist the full legalization of CBD?