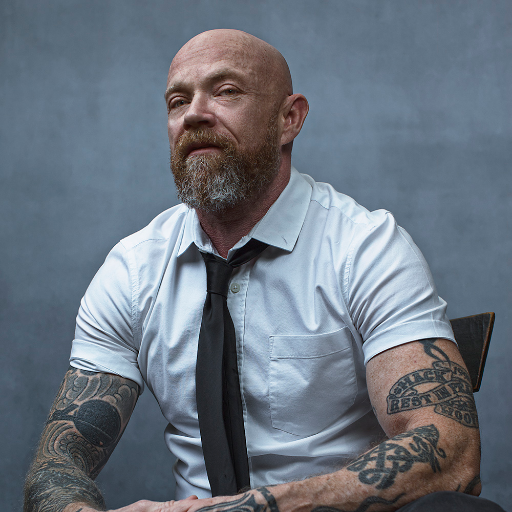 Buck Angel spent many years of his life constrained within a shell instead of who he really was; a trans individual who devoted his life to making it easier for other people to transition into their true selves. He transformed his career from adult films to actively advocating for body positivity education and sought to educate the public about breaking gender norms and the stigma that surrounds trans individuals despite the stigma attached to his career. He is also a cannabis  activist.

Buck has contributed to academia by addressing universities and has also influenced the feminist movement, supported the LGBTQIA+ community, people of color, and those dealing with body dysmorphia. He recently launched his own cannabis company that caters to LGBTQ clients, known as “Pride Wellness.” He aims to educate people about the fluidity in gender and sexuality; according to Buck, acknowledgment is a necessary step towards self-affirmation while being aware that genitalia has nothing to do with a person’s identity. He also acknowledges that while social constructs shape who we are, in order to achieve self-acceptance and comfort, one must practice the ability to leave these constructs behind. He challenges the norms of traditional masculinity and is both a motivational speaker and a sex educator.

1. Buck, when did you first try CBD, and what inspired you to be a Cannabis activist?

“This will sound crazy but my dog introduced me. Coco was a rescued dog and she was so amazing, then one day she just broke out in a seizure. My now business partner told me his dog did too and so he said try CBD it takes my dog right out of the seizure. I did and Coco started having less seizure time. I was hooked and said wow what is this stuff. I started to research and found that it is also great for humans and the research pointed to insomnia and also anxiety. Both of which I have. I started using it and wow! I started sleeping and feeling less anxious. That was when I had the idea to start my own cannabis company and that’s how Pride Wellness was born and how I became a big cannabis /CBD activist.”

2. How has the use of CBD benefited you?

“Now I use CBD tincture daily. I put it in my coffee and I also vape. It calms me throughout the day. I feel as if I have found a natural alternative that makes me healthy and functioning. I stopped using drugs and alcohol to numb my pain 30 years ago and so choosing to use a plant medicine that has been given a bad reputation was a challenge, But once I realized how well it makes me feel I became an activist for the cause. To help destigmatize this wonderful natural medicine.”

3. What are some of the biggest misconceptions about cannabis?

“I would say the biggest is that it’s a gateway drug. This is a huge misconception, placed here by people who wanted to control this plant. I think also things like big pharma and alcohol companies. Cannabis is a wonderful alternative to drugs. I have never been led to using drugs again from cannabis. They have never proved it to be a gateway. The other thing to mention is that cannabis is not for everyone. Just like other medications. Some people will not respond as well and should just not use it. This is what I like about the cannabis community. We take this medicine seriously and would never want someone using it that it was not helping.”

4. What do you think about government discrimination/illegalization against Medical Cannabis? What steps should be taken to legalize Cannabis?

“The government needs to remove their oversite as they are just in it for the money. That is very obvious. They are waiting for big pharma and corporations to take over. That is a given. This will happen. I think now we have adult use in California and you do not need a medical recommendation now. This is a step forward. What is not a step forward is the regulations put on businesses like mine. The amount of money it takes to run this business is nowhere near any other legal business. This says to me that the government only cares about money and not the importance of this natural medicine. This is a plant and the government regulates it?”

5- What is the ethos behind Cannabis activism and your efforts, and what is the message that you want to convey?

“Cannabis is not a drug it is a wellness substance and a beautiful plant that has been around since the beginning of time. Many cultures throughout history have used this in spiritual practice as well as just medicine. I want people to see the amazing health benefits. I want people to see the future of medicine as natural and healing. My message is empowerment and choice. We should have as much information out there for people to be able to research cannabis and wellness benefits. It is my mission to help bring this to the world. “