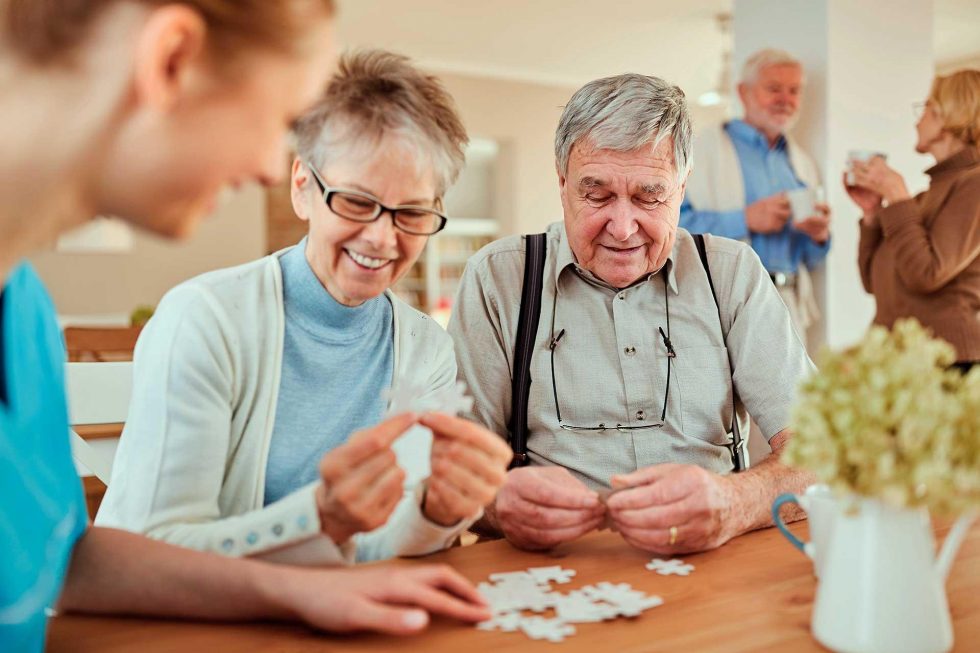 CBD and Alzheimer’s: how can this relationship bring favorable results in combating the disease? Although there is no concrete evidence that the substance can stop, prevent or slow the progression of this disease, some research has indicated that cannabidiol could help to combat oxidative damage and also control behavioral changes derived from Alzheimer’s. We will explain this further in this article.

First, it is necessary to understand that Alzheimer’s is a neurodegenerative disease that causes a series of neuropsychiatric and behavioral symptoms that progress over time. About 10% of people over 65 and 25% of those over 85 may experience some related symptoms, such as loss of memory and language, repetition of the same question several times, irritability and aggression; and compromising daily activities, even the simplest ones.

Among the risk factors for Alzheimer’s are family history, the lower performance of complex intellectual activities that would help brain stimulation and, especially, age. It is natural that as we age, some things happen in the body, such as loss of nerve cells, poor blood circulation in the brain and dysfunction of glial cells, which keep the brain functioning.

Usually, the treatment of Alzheimer’s is done with medications, aiming to stabilize cognitive impairment, modify the manifestations of the disease, and bring as little side effects as possible. Even so, as with other syndromes and diseases, the results obtained are not always sufficient and many studies are carried out to find alternatives. Some of them have indicated that CBD could serve as a complementary drug alternative.

Studies assess the effect of CBD on harmful substances in the body
One of the studies carried out showed that cells that received a pre-treatment with CBD could resist the effects of beta-amyloid on neurons. Beta-amyloid is a substance produced by the brain that forms plaques in nerve cells, often causing their death.

There is also evidence that CBD and other compounds found in medical marijuana (hemp) could inhibit the effects of the enzyme acetylcholinesterase, responsible for breaking down an important neurotransmitter in memory recovery, acetylcholine. Improving the function of this neurotransmitter is one of the main strategies in combating Alzheimer’s in conventional treatments.

Another study carried out by the group of Professor Fabrício Moreira from the Department of Pharmacology at the Institute of Biological Sciences at UFMG (Federal University of Minas Gerais) confirmed the neuro regenerative role of CBD. The substance works by enlarging the neuron progenitor cells in the hippocampus. Still, further studies are still needed to confirm the real benefits of CBD in combating Alzheimer’s.

Some symptoms tend to find improvement with CBD use
Despite the need for more research related to the use of CBD to fight Alzheimer’s, there are already studies that demonstrate that the substance is effective in treating behavioral symptoms that are also present in the disease, such as changes in mood, agitation, and aggression.

In a report to the Viva Bem (UOL) website, relatives of Mr. Walter, 86, report improvement in aggressiveness with the use of the substance. “We already had an aggravating factor, because he is deaf and after he was diagnosed with Alzheimer’s, following our guidelines became more difficult (…) The disease evolved and he got worse and worse, with aggressive behaviors and even attacked my mom. When we discovered cannabidiol, we went after it and today it is much better (…) He started to interact more, recognize his great-grandchildren, put together related phrases. We never fail to give the medicine for the disease. Cannabidiol is a complement and the result is satisfactory “.

CBD may help increase cerebral blood flow and oxidative damage
It is also important to report that CBD has among its benefits the ability to increase cerebral blood flow due to substances contained in the plant, such as eucalyptol, caryophyllene oxide, and borneol. Oxidative damage can also be combated with the help of CBD, as long as the oil used contains the full spectrum of medical marijuana substances (hemp). To better understand the difference between CBD and THC, read this article.

It is important to note that the plant grown by USAHEMP has CBD as the dominant substance, with THC present in a maximum of 0.3% of its chemical composition.

In Brazil, since 2019, Anvisa (National Health Surveillance Agency) has approved the use of medical marijuana for epilepsy and other medical conditions through importation. In January 2020, the agency also approved a proposal to simplify the import of cannabidiol-based products, which can facilitate the treatment of patients suffering from degenerative diseases such as Alzheimer’s